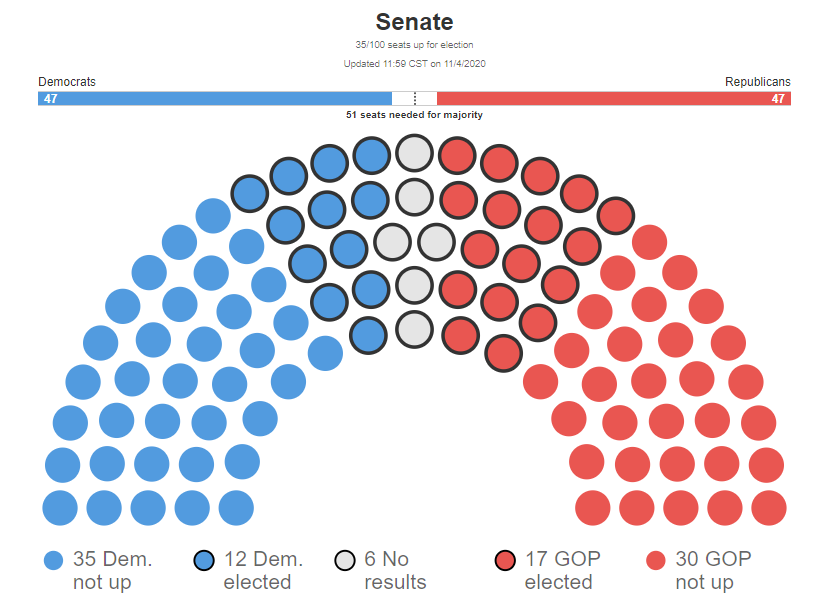 All data and race calls from The Associated Press

*In Georgia, a second Senate seat is being contested in a special election.
Rpt.: Precincts reporting
The percentage of precincts in a race from which the Associated Press has received and is reporting results.
Leave a comment